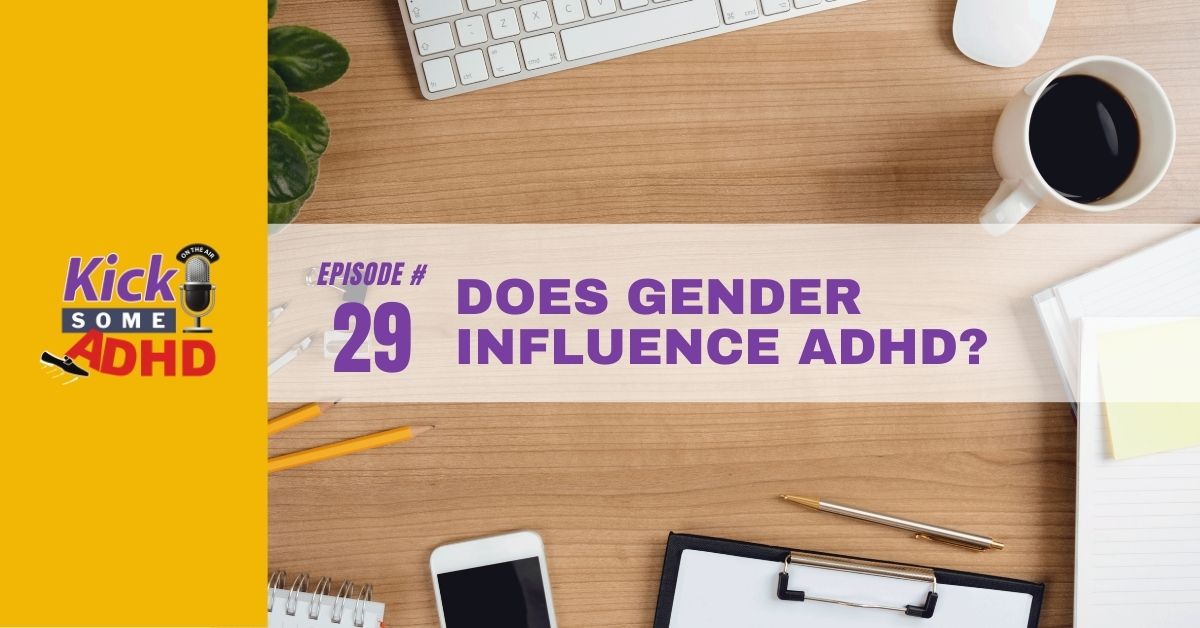 It’s relatively well known that for much of ADHD’s history, it was much more frequently diagnosed in young boys than in young girls. But evidence suggests that there’s not nearly as big a gap in the frequency of ADHD in genders as one might expect.

But diagnosis is only the beginning of the story. A cursory Google search will yield far more results for resources and materials to help women with ADHD than are specifically intended for men. Many ADHD coaches prefer not to work with men who have ADHD, instead working primarily with women.

And biologically speaking, hormones—especially in puberty—interact with ADHD symptoms very differently in cis females than in cis males. And hormonal changes over time also play out differently.

Societal expectations and cultural norms around gender can also cause ADHD to affect the lives of people in very different ways.

In short, gender influences ADHD in many ways—some of them surprising! We discuss all this and more in this episode.